Many is the time i've been mucking around with sharp things in the woods and something shiny in the distance takes my attention....  usually this result in another wound on my poor scarred hands/fingers.

Well, if you are like me, and you've been daft enough to forget your first aid kit which is never a good idea, then you may try this, it has worked many times for me.

Find your self a Birch Polypore, otherwise known as a Birch Bracket or Razor Strop fungus.  Check the underside to ensure it is smooth, and not very rough, blackened or mouldy.  Then cut a long strip of the underside's skin off - and wrap around the cut just like a plaster, with the inner surface of this strip against the wound.  It has antiseptic qualities, and will dry in a short time, setting and stiffening when wrapped around a cut finger for example.

Obviously, it aint a magic wand, so wash wounds as soon as you are able, and do seek medical advice for big cuts... but these are bloody handy to know about and very easy to use.  These fungi are numerous in Birch woods and usually grow on dying trees, you can often find pretty big ones (eg 1 foot wide) quite easily, and they have many other uses besides, but my dinner is calling and thats probs another thread anyway 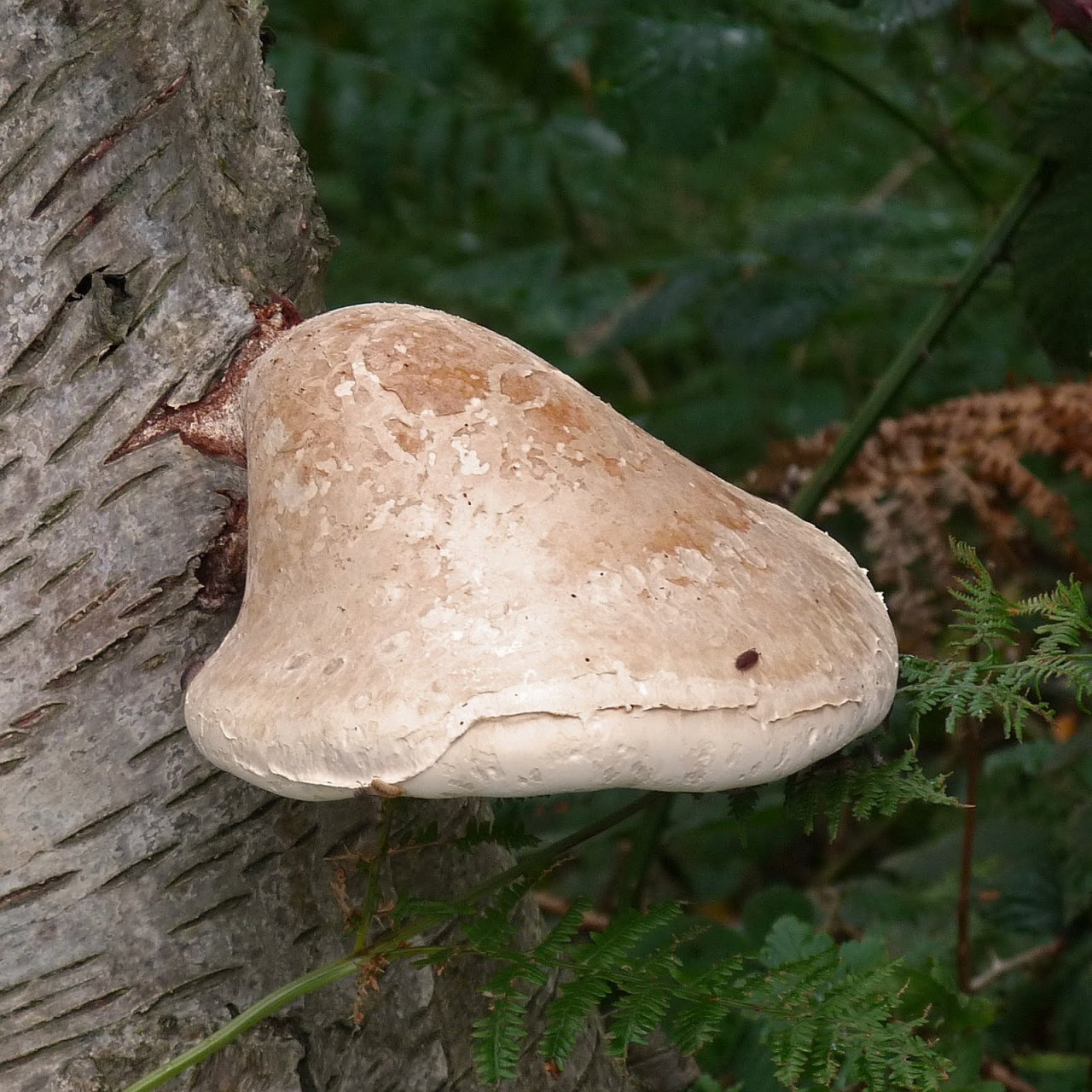 Cool. This is good to know, I see there is a woodlouse for scale!
My knowlege of fungi only extends to which ones are edible/edible and taste like crap/hallucinongenic/poisonous rather than ones used in other ways:lol:

I too had a "wasted" youth but must admit i dont like the taste or texture of mushies, even the ones that some find a delicacy like field mushrooms.

Birch polypore are great though - obvs as plasters, but if you dry them then they can be carved into usefull stuff - i made a blade guard for a crook knife out of a bit of one, though it went mouldy after a few years - but only as i had discarded it in my condensation filled laundry.

Dried, they hold an ember fairly well too so you can carry fire with them.

They give off an acrid smoke too and i have kept mozzies/midges away doing this.

They were famously used as strops too, and still are - there are threads re this on some knife makers forums.

Otzi had lumps of them, which i reckon were part of a belt system for easy carrying and access of various items.. i'll try and remember to provide a link at some point, it's a fascinating theory and well supported.

I've tried them as hearth boards for friction fires too, but they did not work for me, whereas Fomes Fomentari/Horsehoof fungi work awesomely at this.

I've also used strips/sticks cut from them as wicks in paleo oil-lamps.

All hail the Birch Polypore!

ETA: obvs i included the louse for scale.  i'm that good

Pretty amazing. As they are called Birch polypore I assume they only occur on Birch trees
- - - - - -
I am fond of pigs. Dogs look up to us. cats look down on us but pigs treat us as equals.

Indeed, only on Birches... like foraging many things, once you "get your eye in" and are used to seeing them, they are hard to miss.

When you add Polypores to Horsehoof Fungi, Birch Bark and it's many uses, drinkable sap that you can also turn into booze (must try this sometime!), leaves you can eat when new and make primitive soap from, and gorgeous wood... the humble birch is one hell of a tree.

Not tried Birch hooch but I have drunk palm tree hooch, wonderful stuff.
- - - - - -
I am fond of pigs. Dogs look up to us. cats look down on us but pigs treat us as equals.

I am a new owner of the mighty birch polypore, I collected the first couple of examples today, one is drying as we speak.
The sporophore system is slightly hypnotic when you get a light on it!