After waxing lyrical yesterday about Birch Polypores (and the Birch in general) it's only fair that i cover the other Birch fungus of equal use and status... The Fomes Fomentarius, otherwise known as the Horsehoof fungus, Tinderhoof, False Tinder Fungus and so forth.

These grow primarily on Birch, though apparently also on Beech although i have never seen this personally (and believe me, i have looked and looked).  Where i live they are a lot less common than Birch Polypore, but i have visited some woods where they are simply all over the place and large examples are easily found. 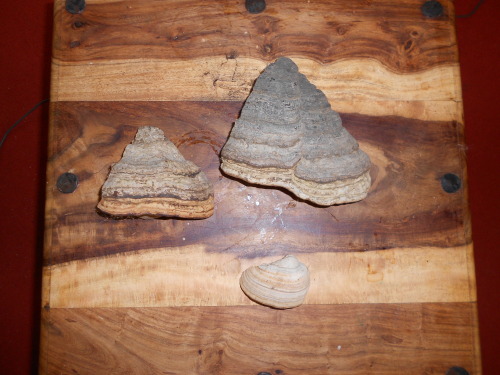 They have medicinal properties and can also be used to make a material called Amadou that can be used to make clothing etc.... Though personally, they are all about fire making, and the Tinderhoof is quite versatile at this.

Inside they have a growth-ring structure, and once dried they become very woody.  However, by using the growth rings (horizontal) and the fibre structure (vertical) they are easy to cut and prise into sections. 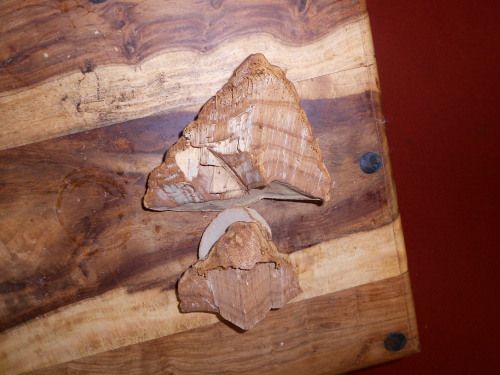 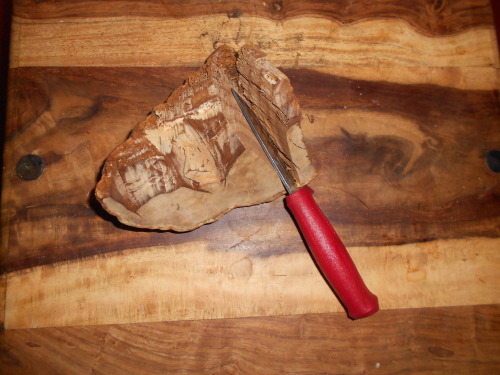 And by adding a notch and shallow bowl to a slice like the one above they are superb hearth boards for drill fires - i had a total novice student make an ember (and then a fire) via bow drill in double quick time without even breaking sweat (from a dried slice).

There are other ways too.

You can cut away the hard outer surface (do it when fresh otherwise it's a chore) and then remove the woody material to get the inner skin/cambium like layer and then beat it with a stick (etc) untill it becomes softish and felty/leathery. 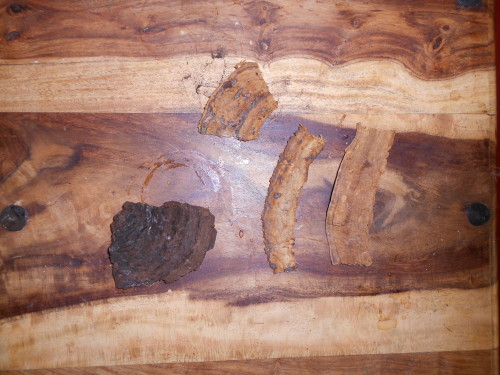 Then scratch the surfact with a blade to produce a fluffy material that takes and holds a spark very well: 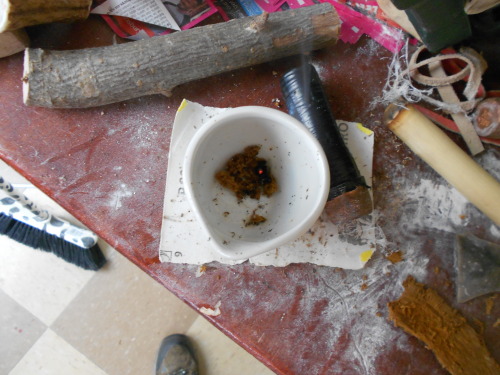 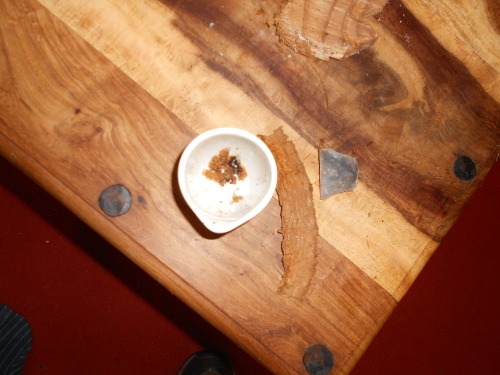 and then add to a tinder-nest for starting a fire.... i did the one pic'd above with fire steel, it took quite a few attempts but i rushed my prep and it could have been finer and fluffier.

These were done from a dry specimen, but you can even do it from fresh with another method...

At the top of the fungi, above the growth rings is a more felty layer.. 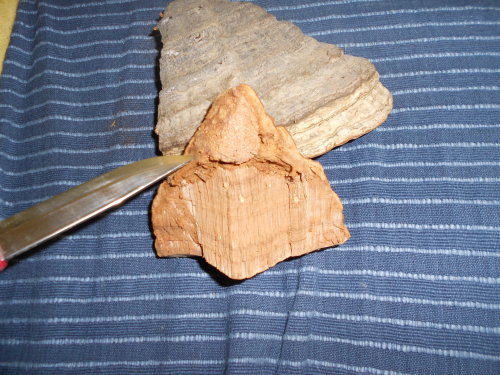 cut off a slice of the whole fungi and remove the outer skin, then rough up the top felty bit with a point untill fluffy, then apply a spark and you have an awesome ember holder that will just burn and burn away. 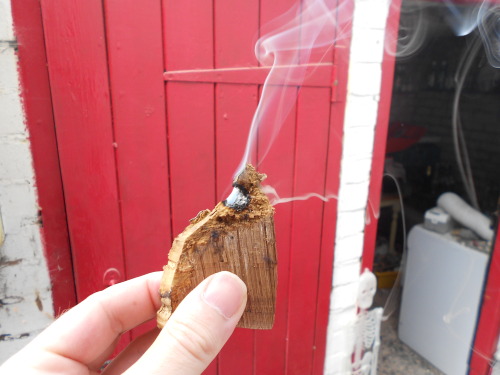 It will burn through to the growth rings and just keep going (especially when dry)... by now the one pictured above as i started this post is still going strong 15 mins later and is burned about halfway down.

Once dried, they last for years.... happy hunting!